In this piece, we enter a computer screen discovering various virtual scenarios that are mainly set in a Metaverse (Second Life), while listening to two off voices that explain how they approach discomfort in different ways. Through these testimonies, a parallelism is created between a virtual reality and a meditation (as well as other spiritual practices) as ways to move to (perhaps: to be transported to?) another dimension and manage problems or worries and to project things which (“to project”-to express/cope/approach? “things”- situations/feelings?) we don’t achieve in our reality. The protagonists are represented as avatars as they move through and inhabit these virtual scenarios. A third voice guides us through a meditation to take us on this virtual journey.

The title “Blink Studies” references a term often used in a gaming context known as “blink” or “blinking” – a trick that videogame players use through commanding or hacking online games to disappear and appear in another place nearby in attempt to confuse the opponent.

The term AVATAR has been used for centuries in Hindu theology to reference a Godly incarnated form appearing on Earth to restore the dharma, while also saving the world from the cosmic disorder caused by the Gods’ enemies. According to these beliefs, countless avatars have already descended to Earth. Although this term was initially used outside of this context in a game called “Ultima IV: Quest of the Avatar” in 1985 (reference video at minute 5:37), Neal Stephenson was the first person to use this term in the cyberspace context within the literary science fiction framework. In fact, it was his novel “Snow Crash” (1992) that popularized and fixed the term in computer lingo, telling the story of a pizza delivery man living a double life in a futuristic and anarcho-capitalist Metaverse. As the deity “passes” from the higher realms of being to a simpler realm of the material Earth, a human becomes an avatar in a computer-generated parallel reality. 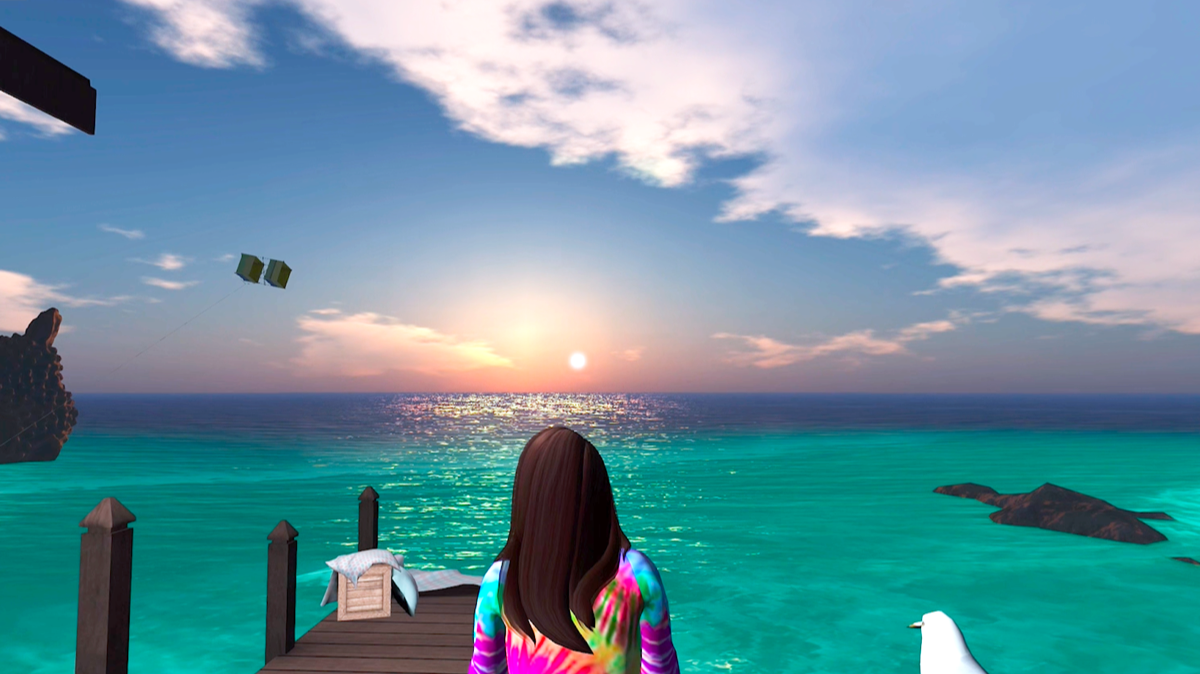 Interestingly, when Philip Rosedale introduced his “Second Life” project to the world in 2003, he defended himself against plagiarism accusations by explaining that he had previously created this project years prior to Stephenson’s novel. “Second Life” was launched in 2003 as the first open source Metaverse in which one can live a virtual double life in complete freedom on the screen. Circa 2008, it became a worldwide mass phenomenon.

This led me to reflect upon our current use of virtual reality and platforms including social media – which we seek to paradoxically manage our problems we face in reality.

The projection of fantasies and the imagination, is a method to avoid the problems we face, playing with various identities and the supposed freedom these spaces provide where moral limits are nonexistent.

So, we discover a space of freedom in order to experiment our digital being, with intent to handle discomfort in our reality. Another point of reflection in this piece, was researching the dimensions of the virtual. I observed that despite its artificiality, a virtual reality is not considered fictitious but rather a state of limbo between the real and fabricated as a simulation of something that could be – and in actually is – affecting our reality or personal life.